This is a new series of blog posts! I use FB a lot when traveling so that I can update my family and friends daily about my adventures, misadventures, cute pictures and so on.

I have just now realized that I usually write entire “poems” in there so why not transfer them ( exactly as they are) also in here? Spontaneous moments of my trips. They are not going to win a Pulitzer prize for sure, but they are 100% genuine and I love the idea!

Some of them were originally written in Italian, so they will lose a bit of humor during the translation process, but I truly want to keep doing this no matter what.

People seem to love these little stories, especially the ones shared on my Facebook account, probably because they are what makes a trip truly remarkable, and I share them almost in “real time” with funny updates 🙂

THIS IS THE ORIGINAL ITALIAN VERSION ON MY FB ACCOUNT! 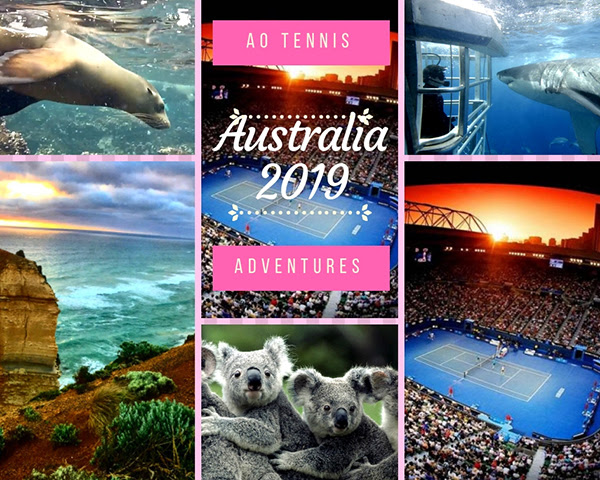 You were already waiting for photos of Melbourne eh ?! Eh no! After a trip in which I saw (from the plane monitor) Australia going from day to night twice (😱) and having stared at that plane on the screen, slowly moving around the world … I finally landed!  Including a real-time vision from the external camera of the plane😍 (yes, it’s true).

THE FIRST THING I THOUGHT WAS “WOW, I SURVIVED !!” ALTHOUGH I HAD NOT CLOSED MY EYES IN MORE THAN 24 HOURS, I’M HERE!

But the Odyssey could not stop on the plane, could it?! 😂 I thought I would have had my first nightmare at the dreaded customs but instead, in between passport, baggage allowance, and customs checks … EVERYTHING WENT AS SMOOTH AS SILK!

I could not believe it, even taking the Skybus from the airport to the center of Melbourne was like a walk in the park, so easy! I still could not believe everything was going perfectly. It wasn’t my style. I mean, seriously, something always happens during my trips. Very very suspicious…

MY LOVELY “FRITZ” FRIEND: HOW I CHANGED MY MIND ABOUT TAXI DRIVERS… FROM KIDNAPPERS TO SAVIOURS! 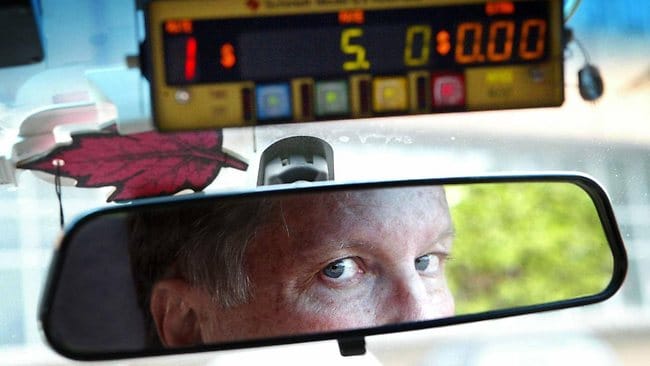 My “Fritz Friend” was a lot less suspicious than this one 🙂

I finally arrived downtown Melbourne, but I still had to make one more little effort, it’s 11 pm here (11 am in Italy…. maybe!) and I find myself in a non-existent space dimension. Said in a very straightforward manner: “Where in the hell am I?!” with the “WHERE”, meaning both a place in Melbourne but above all a place in TIME.

I decided that being so exhausted if I took the public transports at that time of night, It would surely end worse than in Toronto, where I took the right bus, yes … But in the opposite direction! Upppsss 😀

Armed with a folder containing all the documents, including printed maps, I took a taxi, a decision that probably saved me from sleeping under some unknown Melbourne bridge…

The place I had booked was only 10 minutes from the center, so I began to cheerfully chat and laugh with the taxi driver, explaining that if he was able to deliver the package (me) at the right destination while still alive,  I would have given him a very large tip.

We arrive shortly in front of this nice house in a residential area with no shops or busy roads nearby. Everything’s very quiet. I look at him puzzled … Are you sure this is it?! “Positive my lady! This is the right address! …” 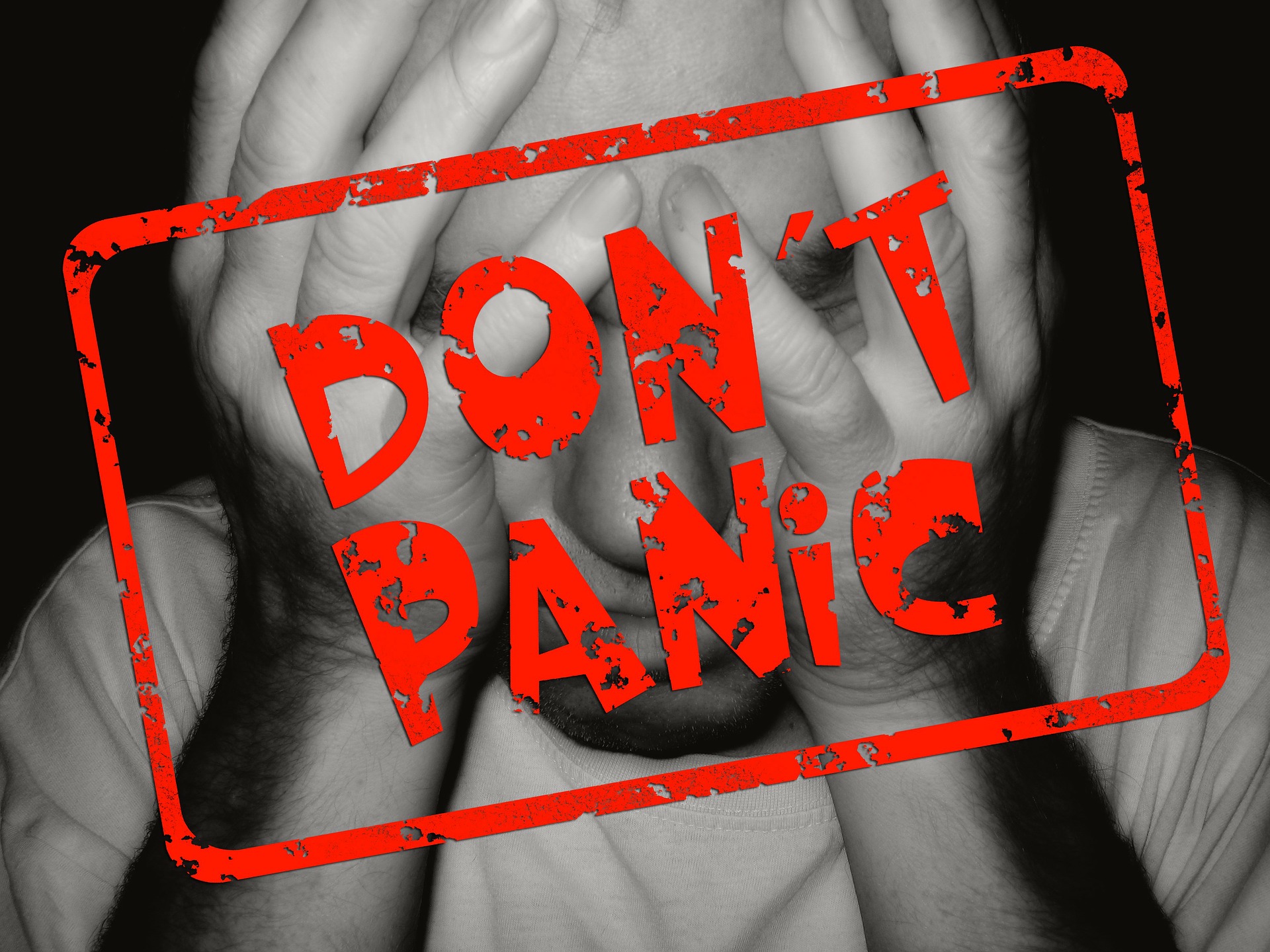 Oh shit, this does not seem exactly a bed and breakfast, but oh well, what do I know about B & B in the land of kangaroos after all!? I try to stay calm.

I clearly didn’t have the time to buy a local SIM card yet, so I was still without internet and calls. I ask my friend Fritz (as I called the taxi driver) with (dead) puppy eyes if he could call the property with his mobile … and to please not leave me alone in a deserted and dark street.

Now that I think about it, I must have looked like the ugly version of a remix in between “Little Red Riding Hood” and “Bambi”.

Very kindly, my friend Fritz says he won’t drop me like a dog on a highway in August, and I got some reassurance. Somehow. Maybe… 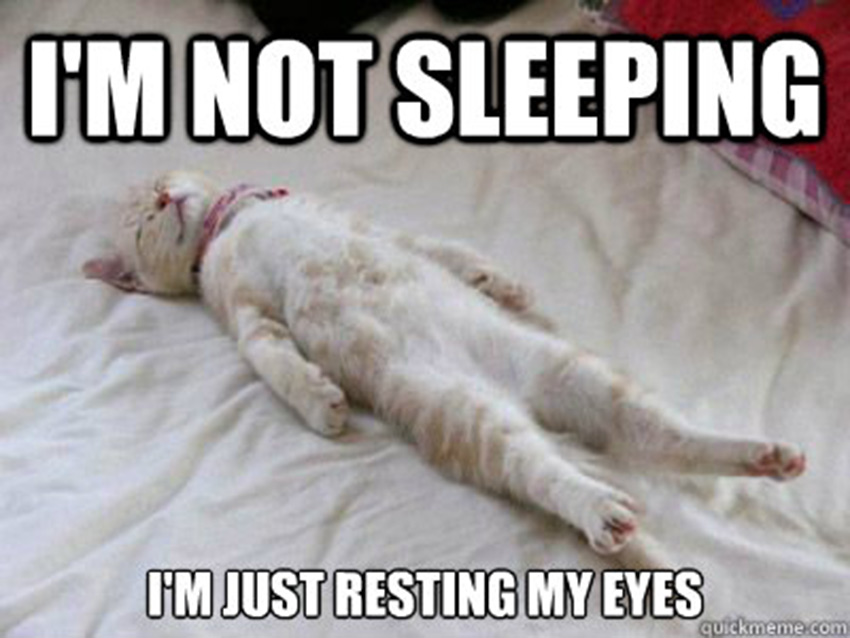 The phone rang and a sleepy voice answers by saying “Hello, what time is it?!” … I explained that it is 11:30 at night, that I was arriving from the other side of the globe, SLIGHTLY TIRED and that I had a booking with them.

The sleeping lady tells me it’s late for the check-in (?!) And that she will try to ask his friend David if he can wake up and go downstairs to open the door for me. Wait a second… what?? “WAKE UP”….”IF”… seriously my lady?!?

I’m in fricking Australia for the first time in my life, dog tired, and I don’t even know if someone is going to open the door of a room I had already paid for??

In the meantime, my friend Fritz had put on the armor as the official protector of unlucky Italian people all over Melbourne and tells me he is waiting until I have a place to sleep.

PRAISE THE LORD TO MY LOVELY TAXI DRIVER FRITZ! (AND I’M AN AGNOSTIC) 😀

Ten minutes pass by and there isn’t even the shadow of this mysterious David. I call back  “The sleeping beauty” (bless her) and I tell her that she can not leave me in the middle of a road or to sleep inside my friend Fritz’s car trunk !!

Up to this point, I was so tired that I did not even have the strength to be angry … Until she gives me the good news. AND THE BAD NEWS. 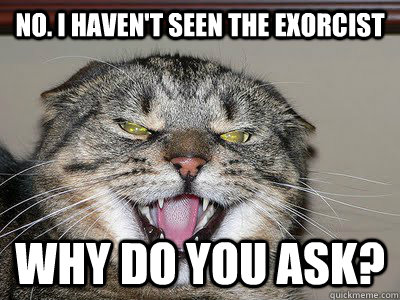 The good thing is that David was finally up and coming downstairs, and the bad one…They thought I wasn’t going to show up (hmmm what?!) so they had the brilliant idea to rent my room to a Korean girl, and all the other rooms are obviously full. GREAT!

My friend Fritz and I look at each other in silence for a moment… He tells me to go and talk to David, who was peeping out of the door while Fritz was carrying my suitcases back in the car, just in case.

Long story short, David lets me in and I say “Sorry, huh … what about contacting me by email, and ask fora confirmation instead of giving the room to someone else, no?!” Also because the check-in was still until midnight, so I was definitely in the right.

I started insulting poor David who turned out to be just a friend of the owner, from whom he had taken instructions from. Mortified he tells me that … I can sleep on a sofa! 😱 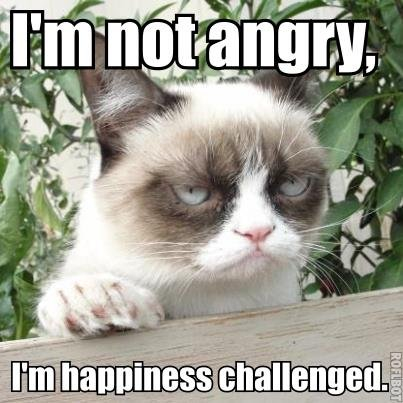 I had dreamed of that moment for hours… That fantastic moment where I was given the key to my room and I would have seen the most precious thing in the world: A BED. What I see instead is a sofa in the living room of an unknown house, located in between the entrance door and the kitchen door. I swear I was about to faint. “ 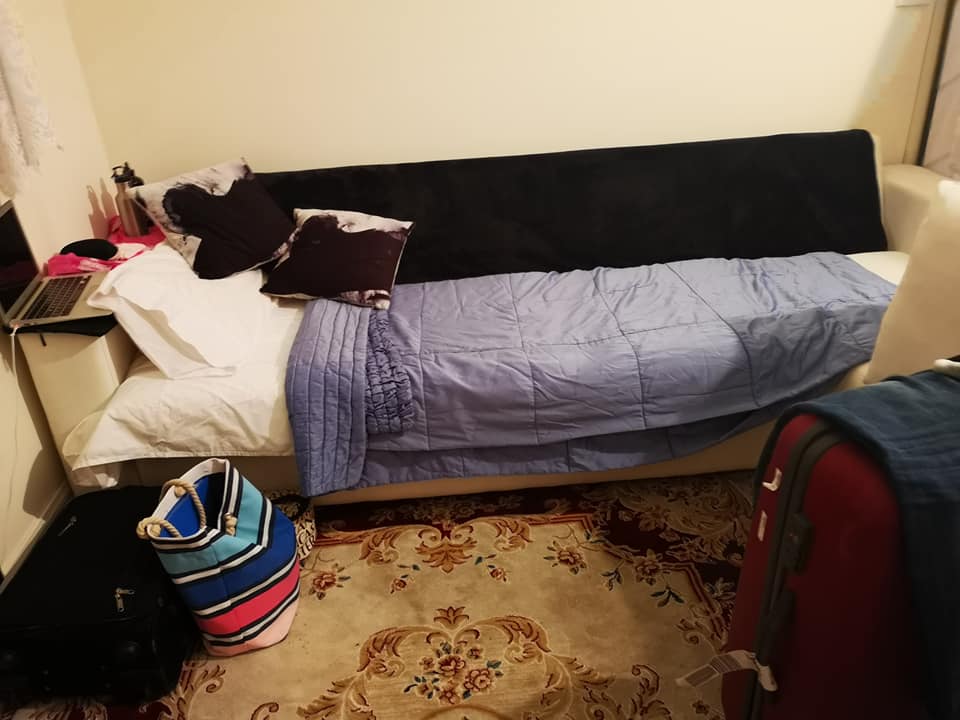 It’s not the end of the world, I know but when you are tired and need some privacy, it’s DEADLY!!! 😀

I decide that I’d risk my life if I don’t rest my poor old limbs somewhere, so I am forced to accept the compromise for the night (with all the intentions of having the reimbursement for this nightmare ASAP).

Poor David in the meantime is preparing the “bed”,  and I take the time to say goodbye to Fritz, (with a promise of Beatification for him) and then it suddenly down to me.

I  realize that not only I am finally in the land of kangaroos, with my body cursing in Arabic, but also that after having traveled for more than 30 hours … I SMELL LIKE A FREAKING CAMEL CROSSING THE SAHARA DESERT. 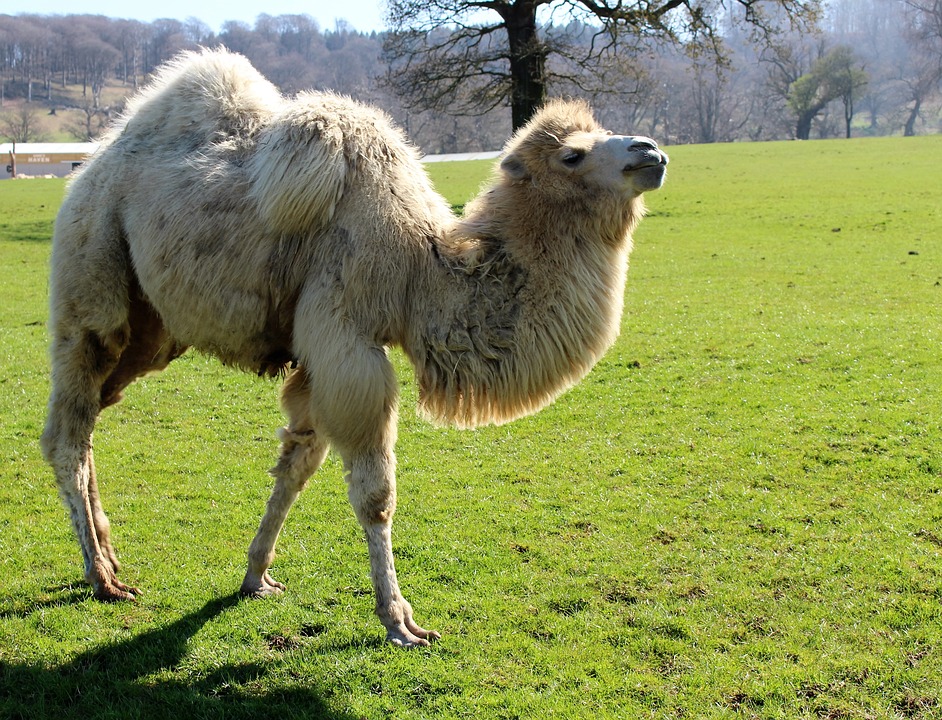 Yup, Pretty much how I looked like (and probably smelled too) 😀

I stick my gross body in the bathtub where I have to resort to the last remaining strength I have to not fall asleep and I finally see the(sofa) bed, where I take advantage to finish a job that I had to complete before the Australian trip.

With the eyes resembling those of a tortured mullet, I finish at 3 am local time, and I think I barely had the time to turn the computer off before entering a coma for 12 hours…

I woke up…with the Korean girl right in front of me, staring intently. She tells me in Koreanic English … I”ll leave your room in about one hour” 😱 … 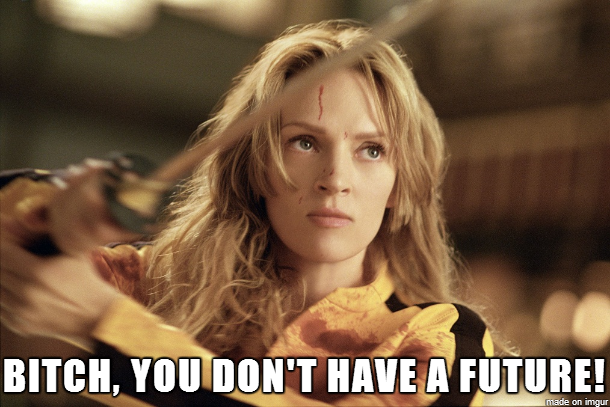 Lucky Korean, I was more merciful than Uma 😉

No, it’s totally fine, take it easy, don’t rush! It doesn’t matter if that room is mine and you had the check out at 10 and it is now 1 pm.  Just Thank your lucky star that I slept well otherwise I would have sent you back to Korea by kicking your ass 😂

That’s all from Melbourne and from my room (finally!) Back to the studio!  WELCOME TO AUSTRALIA MATEEEE !!!! 😂

DO YOU HAVE ANY FUNNY TRAVEL MISADVENTURE TO SHARE? IF SO, PLEASE COMMENT BELOW! I’D LOVE TO COLLECT THEM TO CREATE A FUN ARTICLE (WITH YOUR PERMISSION OF COURSE)