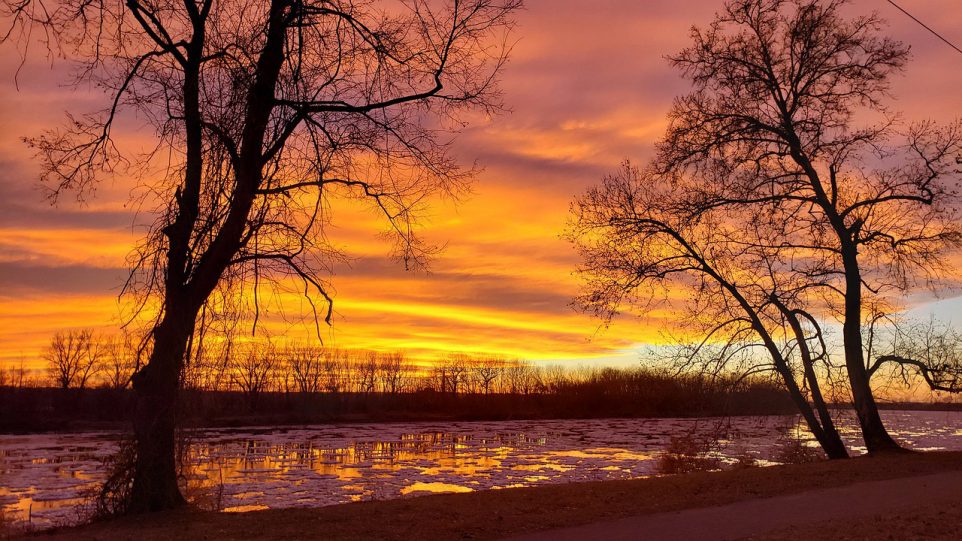 With its scenic highways and beautiful landscapes, the Midwestern state of Missouri truly offers something for everyone. If you’re planning to visit this great state any time soon, here are some of these amazing attractions to explore in Missouri…

One of the most iconic attractions in the entire Midwest is the spectacular St. Louis Gateway Arch. The most interesting part of this attraction is that you can take an elevator all the way to the top — all 630 feet of it — and enjoy a magnificent view of this great city.

Located in Jefferson National Expansion Memorial Park, the arch can be seen all over the city and even a little further away. You can take riverboat cruises and helicopter rides to get an even more unique view, and don’t forget to stop by the Old Courthouse if you’re interested in learning more about it.

This city needs no introduction. Known as the “live country music capital of the universe,” it will please even people who listen to other types of music.

There are so many awesome things to do in Branson and the surrounding area, including a scenic railroad, great shopping, a state park, an amusement park, and, of course, lots of music venues where you can enjoy concerts by some of the greatest artists in the world. If you’re traveling anywhere in the state of Missouri, it’s definitely a smart idea to visit Branson.

Not only is this a major theme park, but it also offers craftspeople who show off old-time art forms such as glass blowing, basket weaving, candy and candle making, and even the art of being a blacksmith! They also offer many rides, shops, restaurants, and live shows.

And while you’re there, don’t forget to visit Marvel Cave, which was discovered in the 1500s and offers some of the most extraordinary views that you’ve ever seen. Silver Dollar City truly does have something for everyone.

Mark Twain aka Samuel Clemens lived in this home from the age of seven to the age of 18, and it has been open to the public since 1912.

Now redone in period décor, the two-story home is attached to a museum where you can view a lot of Twain memorabilia, including photographs, the first edition of many of his books, and even the desk where he sat to write The Adventures of Tom Sawyer. Also included in the museum are some of the original manuscripts that he wrote.

First discovered in 1862, these caverns are the only ones in North America where you can ride through them in a jeep-drawn tram. This makes it perfect for people who love caverns but who can’t handle all the walking that most caverns require you to do.

Filled with all of the wonders that you’d expect from very old caverns, this gorgeous attraction allows you to see some of the most alluring undergrounds in the country. It is located in the heart of the beautiful Ozark mountains.

Open since 2006, the museum is shaped like the Titanic and offers a tour that lasts approximately two hours. Inside are items that include the personal belongings of some of the Titanic passengers, all types of authentic artifacts, and a lot of other items that give you a feel of what it was like to be on such a grand ship.

There is even a place that allows you to dip your hand in 28-degree Fahrenheit water, which is the same temperature as the water where the Titanic went down. But it isn’t all morbid, because the museum is dedicated to preserving the memory of those who perished that night.

With over 600,000 square feet of fun items to look at and enjoy, this museum is definitely one of the most unique places you’ve ever visited.

The displays are based on old items that were taken and transformed into architectural marvels, including miles of tile, two abandoned airplanes, old bridges that were salvaged, and several old chimneys. If you’re tired of the “same old” tourist attractions, it’s worth your time to give this museum a try.

If you’re a history buff, you owe it to yourself to visit this museum. It houses two permanent exhibits and several temporary ones. Some of the many items included in the museum are a group of letters written between Harry and Bess Truman, two theaters, several interactive exhibits, and so much more.

Whether you know a lot about Harry Truman or you’d like to learn more, this is the place to be if you love history and you want to indulge yourself.

This museum and memorial is certainly a site to see. It is home to one of the largest collections of WWI artifacts in the world, and it includes exhibits, interactive displays, and more than 75,000 historical items from that time period.

It was completed in 1926 and is still home to the Liberty Memorial, which still stands tall and proud just as it did when it was first erected. The Liberty Memorial has in fact been around even longer than the museum has, so you’ll have a lot to enjoy when you come here.

Commemorating the first battle to take place in Missouri during the Civil War, the site pays tribute to the 11,000 Confederate soldiers and the 5400 Union troops who fought here on August 10, 1861.

While the Confederates were victorious, other battles took place as well and the on-site Civil War Museum has tons of artifacts straight from that notorious war. It also includes a nearly five-mile road filled with historical structures and seven miles of trails that connect everything together, making it easy to tour the entire spot.

If you’re an art enthusiast, you’ll love this museum. It is always free to enter and has both permanent and temporary exhibits, so you’ll see something brand-new each time that you visit it.

They not only have great art of all kinds but they also sponsor art classes for kids, live music, and lots of free family-oriented events on the weekends. On the grounds is a beautiful sculpture garden, and the art pieces come from places all over the world, with a special emphasis on art from East Asia.

The Lake of the Ozarks is popular all throughout the Midwest, and if you love the outdoors, this is the place for you.

You can swim and go boating, and there are also golf courses, scenic campgrounds, and lakefront resorts as well as lots of dining and shopping opportunities.

The local community loves tourists, so you’ll feel right at home when you visit here. The Bagnell Dam is also nearby, and if you’re interested in seeing some of the marvels created by modern engineering, this is a site you shouldn’t miss! Enjoy!