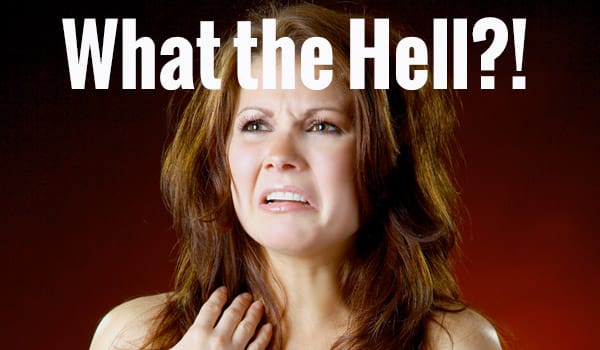 WARNING: this read is for an adult audience only (sort of!)

IMPORTANT DISCLAIMER ABOUT ME AND SEX:

The amazing package we chose at the Hotel in Berlin. We had a full night on our own in their SPA facilities. Including a Sauna, a beach (yep!) steam room, a gym, and Japanese showers. IN ONE WORD: AWESOME!

If you read the messages from Rios Spa fans (even an ex-employee landed here!) I’ve been called a nun,  a repressed sad person, and whatnot. Well well, this “sexy” London sauna story happened approximately in 2011 and now I’m about to review one of the most sensual and exciting experiences ever in a Berlin Hotel, how do things change huh?!

Stay tuned because if you love Rios Kentish Town you might also love this Hotel. No swingers there but for couples is fabulous.

Furthermore, another post about the best sex hotels and “clothes optional” full-inclusive resorts around the world is on the way (and I bet you want to read that!). Cheers from the nun 😀

In more than 20 years of living abroad, I saw a few interesting things, but the story I’m about to tell you will beat them all.

Now back to the old story, I’ll obviously leave it as it was! Still funny as hell for me to remember the day I was abruptly  “introduced” to the swinger’s lifestyle 😀

PREMISE: I’m the most reserved person you could ever meet. The only time I dared topless on a beach was at age 17. My cousin promised me 100 euros if I were brave enough to walk out of the water with my E-cup breasts showing.

I lasted 15 seconds, ending up running to my towel, with my hands trying to cover my breasts (to no avail). Given the premises, how in hell did I end up in a nudist-sex- Sauna? The short answer is: because I’m totally, utterly naïve!

PRETTY MUCH THE SAME… BUT ON A BEACH. AND RUNNING LIKE THE DEVIL WAS CHASING ME.

Longer answer: A typical Saturday night in London. Bored, I decided to join a friend at a sauna birthday party. The day before, my friend had been almost run over by a car. The guy pulls over to make sure she is Ok. After chatting for a few minutes, he asks her to join him at a Sauna party.

Fast forward to the weekend: I put a bikini and a towel in my bag and met her at the tube station. Destination: a mysterious SPA called “Rios” in Kentish Town (London). While everyone here seems to know Rios Spa. I was not one of them. 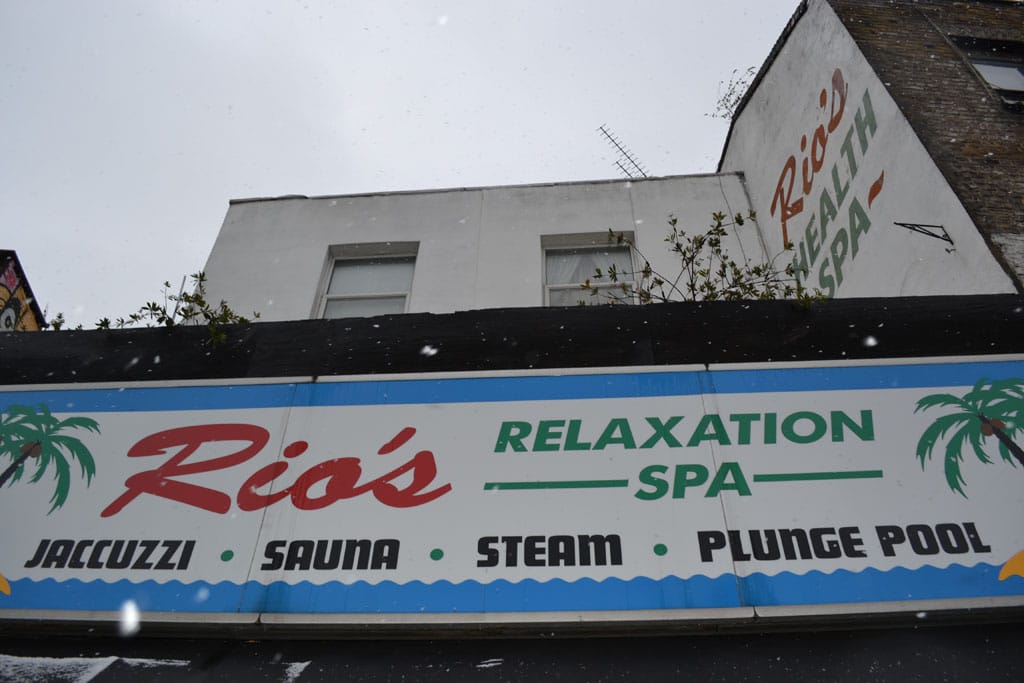 I was fooled into it, as both Rios entrance and changing rooms had nothing to be suspicious about. It was a very nice and clean place. A pretty sizeable room with a maxi screen that was streaming Wimbledon’s semi-finals, and around ten “beach beds”, where a few people, wrapped in towels, were relaxing while watching tennis.

And then, we entered the bar: It’s been like someone had just pushed me into an ice-cold pool without any warning.

The bartenders were two flashy topless girls. I soon discovered they were naked, but the bar covered this detail. Note: To Rios Spa ex-employee who commented below saying that they were not fully naked, this is what I saw. And I don’t imagine uncovered “items” where there are not 🙂  To be clear: I just want people to know exactly what I saw. 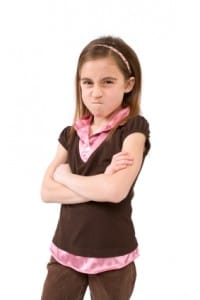 You will never see me naked!! (and that’s never going to change)

We didn’t dare to ask the two guys anything about it. They were still behaving normally, like we were in a bar in central London, with fully dressed people and businessmen all around.

It’s one of those moments when you sense something is not quite right, but you just stay there as a broccoli plant.

SAMANTHA WOULD HAVE BEEN THRILLED. I’M NOT SAMANTHA 😉

After sipping a glass of water (no, thanks, I won’t drink any wine to get drunk here), we entered the Spa: 2 big Jacuzzi, one swimming pool, two saunas, and showers. Nothing special was going on. A few naked couples were inside the pool but relaxed and talked normally.

I started thinking that maybe I was overreacting to the whole nudity thing. I chose an almost empty Jacuzzi trying to forget all about that madness. Nobody asked me to take my bikini off after all. I felt safe. I only noticed a few sneaky and seductive looks, but I didn’t notice them. I closed my eyes and let the bubbles do their job.

When I re-opened them a few minutes later, I deeply regretted it. 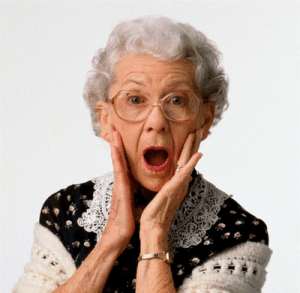 The couple before me was engaged in a naughty hand game under the water. I could see the guy’s fingers busy giving pleasure to the woman, and her satisfied face and fast hip movements confirmed what was already too obvious. The strange thing (for me, at least) was that they weren’t even trying to cover what they were doing. On the opposite, they seemed to gain even more pleasure from the fact that everyone could see. Especially me.

She must have seen me gawking at her, so she smiled in a seductive way winking at me more than once while biting her lips. I started getting increasingly uncomfortable and tried to turn my attention elsewhere.

Something similar was happening in the swimming pool next to mine, where a 40-year-old woman passionately kissed her husband? (I wasn’t sure of anything at this point) while touching another guy underwater at the same time.

OK, I had seen enough. Now I was sure this was a “special night.” Honestly, I didn’t even know such things could happen in a SPA. But I was in the middle of this “sexual paradise!”

So what I was supposed to do now? Run away as fast as possible? Stay? Call mommy?! I was genuinely curious, so I decided to stay and see how far this thing could go. As long as the sexual acts didn’t involve me.

YUP, ONE MAN AT A TIME, AND NO ONE-NIGHT STAND FOR ME. LET ALONE SWINGING. NOT FOR ME AND NOT JUDGING. JUST OLD FASHION.

Most of the people in the sauna must have assumed that being there, we were also part of the game. I didn’t consider this detail, as I was too busy trying to understand what was happening. Given that the woman in front of me was now moaning quite loudly, I decided to leave the pool to look for my friend, who had disappeared in the meantime.

I entered the first empty sauna I found, trying to relax, but all I could do was laugh at myself for the situation I had put myself into. I reluctantly went back to the pools when it was already 8 pm. Most of the people were already gone upstairs, where Rios provides the special “massage rooms,” aka “Sex Rooms.”

I had no idea how they organized these sexual nights and whether they had common rooms, private ones, or both. I didn’t dare go upstairs to have a look. And it was pretty quiet too. I couldn’t hear sounds or moaning or anything. The Jacuzzi pools were empty, and I sneaked into one, hoping to be left alone.

That didn’t last long. A young couple decided to join me (the other Jacuzzi was empty so I guess they wanted some company). They were wearing a swimsuit so I thought that maybe they were there by accident, just like me.

How naïve! After five minutes, I felt a hand touching me very inappropriately. The guy was smiling at me while rubbing his hand between my legs. I was about to slap him, but considering the situation, I refrained and gave him a killer look. I took his hand and put it back where it belonged, as I wanted to make clear that I wasn’t part of the game. 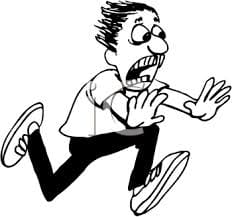 He thought I was playing hard to get, in some sort of exciting sexual game, and he gave it another try This time on my breasts. That was enough.

I rushed out of the pool, leaving the couple giggling while making fun of me. I finally found my friend sitting in a sauna chatting with an older man about politics; I grabbed her arm and told her I wanted to leave. NOW.

THE TAKEAWAY OF MY (NOT) SEXUAL ADVENTURE AT RIOS SPA: 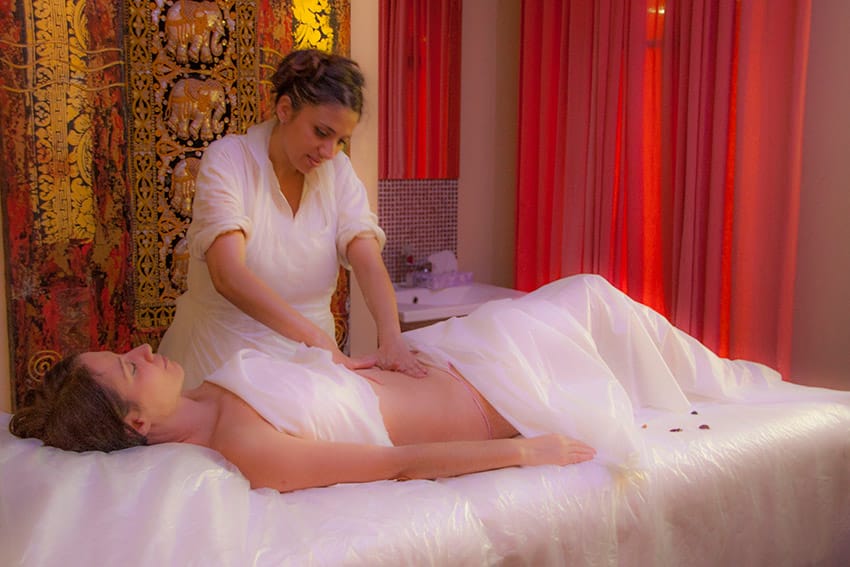 THIS IS NOT RIOS. IT’S ANOTHER PLACE IN ITALY WHERE I SHOW YOU WHAT I CONSIDER A RELAXING AFTERNOON 🙂

On my way home, thinking about all the things I saw, the naked bodies, people having sex in front of everyone, I started laughing. I couldn’t believe that a relaxing Saturday afternoon turned into that embarrassing sex experience. It was funny to realize how naïve I still was in my thirties. I felt such an amateur!

Coming from Italy, our culture and open-mindedness in regards to sexuality are quite different and we have a different perspective on things (Thanks to the Vatican mostly), so don’t tell me I’m an idiot for not having recognized what I was getting into.

In London, you can go by yourself to a sex shop in the center during the day, and no one pays attention to you. Try doing that in Italy, and you’d be labeled forever as the “perverted neighbor.” Such is our culture.

I don’t think I will be going to another place like Rios again. I’m open-minded enough to be glad that people who want to experience such sexual experiences have the right places to go, but I’m an old repressed nun (or so I’ve been called in some of the comments below) and proud of being the way I am. And which way am I exactly? None of your business 😉

ENOUGH SAID! 🙂 I’M NOT A NUN NOR A SLUT. WE ARE WHO WE ARE. AND I LIKE KEEPING MY SEXUAL LIFE OUT OF THIS WEBSITE.

In the end, I was glad that I stayed and to have discovered this “new world.” The story has become one of my friend’s favorite travel tales. Those pervs! 😉

Did something similar ever happen to you? What would you do if you were in the same situation? But most importantly: I’m the only naïve person who didn’t know about these places?