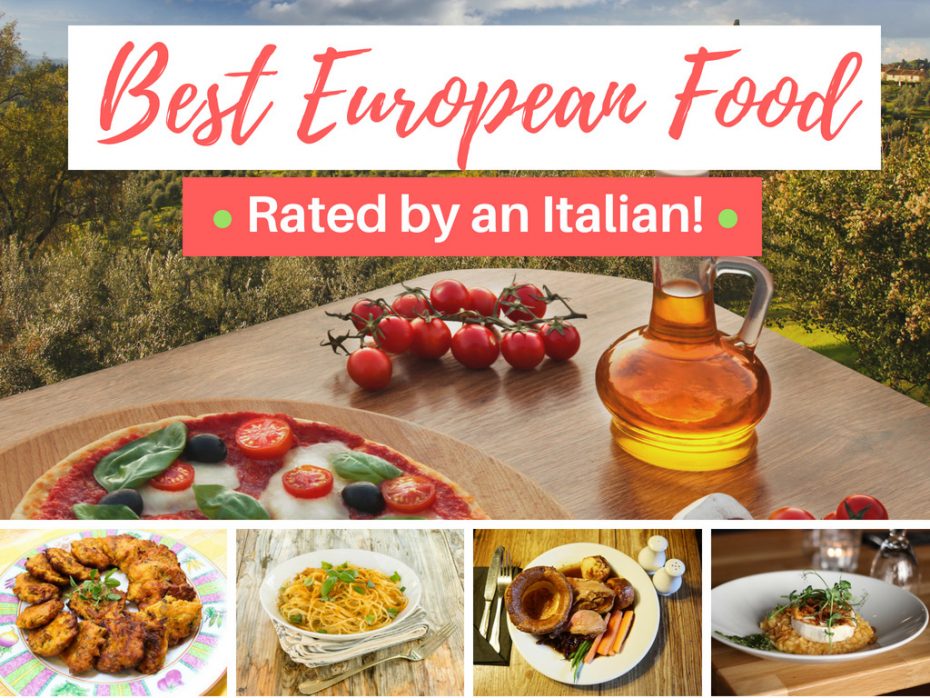 IMPORTANT PREMISE TO THIS ARTICLE:

Since I’m a very kind soul, I tried to avoid being too biased towards my favorite cuisine ever. Do I need to say which one it is? ITALIAN OF COURSE! Well excuse me, but I’m Italian and for us, the food is a sacred topic, almost a religion, so I wrote this post during a rare fit of generosity!

I hope it will show you how open-minded, kind and generous an Italian can be (trust me, we are NOT that open-minded when it comes to food…ask my not – Italian friends, especially the American ones, and you’ll have an idea of what I’m talking about!) 😀

Wherever you’re traveling in the world, you can feel the impact of European dining and dishes almost everywhere. Whether it’s the humble pizza, which has gone on to dominate global fast-food trends (unfortunately for us Italians), or French culinary sophistication, which has long influenced high-end dining, Europe is a breeding ground for amazing culinary experiences and has been for centuries.

Everyone should tour Europe at least once in their lifetime, for the huge cultural variance, incredible scenery and some of the most welcoming people on earth – but also for the food.

For people who consider themselves “foodies” (or foodie travelers), the culinary delights found in each of Europe’s 50 nations are just too good to miss out on. The only real question is just where should you start?

Well, I brainstormed with a few European friends, dag in my recent travel memory and drew up a list of some truly unmissable dishes. This list is far from definitive, of course, but if you’re stuck with indecision in some quaint European restaurant, it might just get you through. So Let’s dig in! 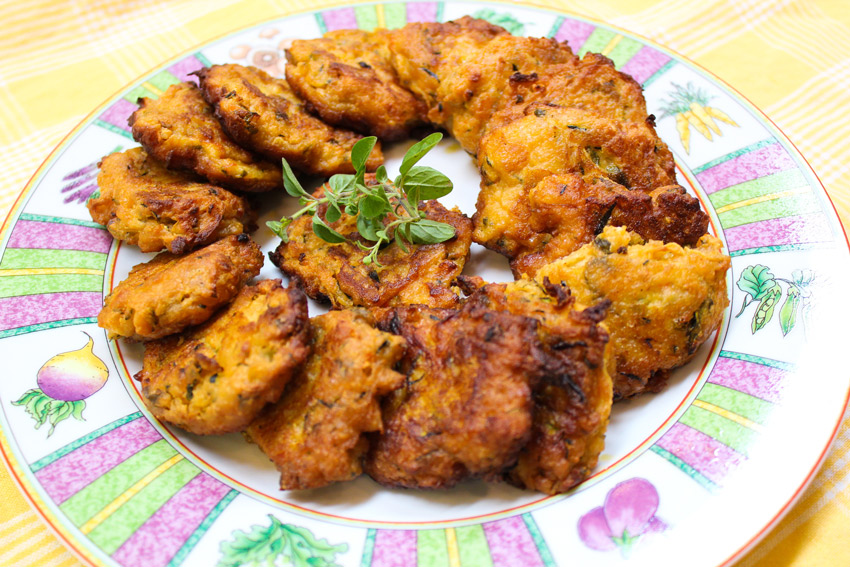 Their name might be a mouthful, but you’ll forgive that when you tuck into this iconic, national specialty. I tasted this delicious Greek dish in a super cool local restaurant in Thessaloniki, and I remember telling a friend “Hey, this “stuff” is good!!”

Like I was surprised that I liked some unnamable food that wasn’t Italian. I feel like I’m cheating on Italian cuisine whenever that happens 🙂

Anyways, these delectable Greek fritters are made with courgettes, feta cheese, fresh mint, onion, egg and flour and are best-eaten piping hot, for maximum impact.

They’re a delightfully fresh, zingy and moreish snack that’s ideal for vegetarians. By the way, I’m not vegetarian but not liking meat a lot, I could pass for one. Paired with a Greek salad, they make a stunning treat when you’re in the cradle of democracy.

My ratings for (Oh gosh, should I write the name again??): Despite the name (write it down before heading to any restaurant) I’d give it a full 9, they are absolutely delicious (I’m so sorry Spaghetti & Risotto! Please forgive me!!) 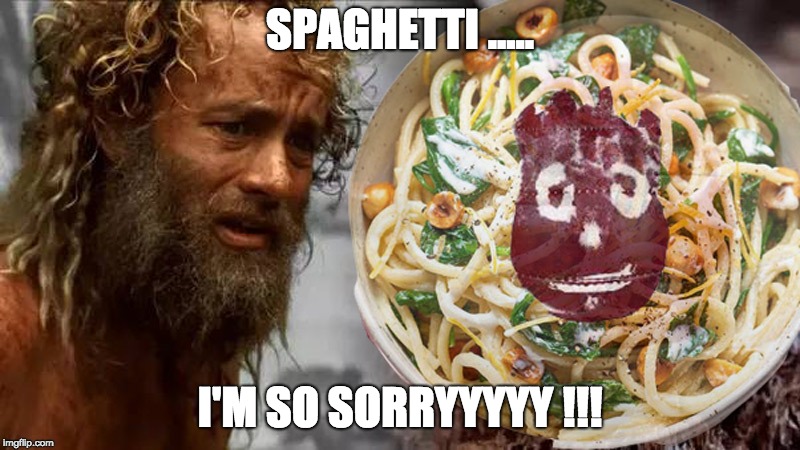 Yep, basically my reaction every time I dare to like a dish that’s not Italian! 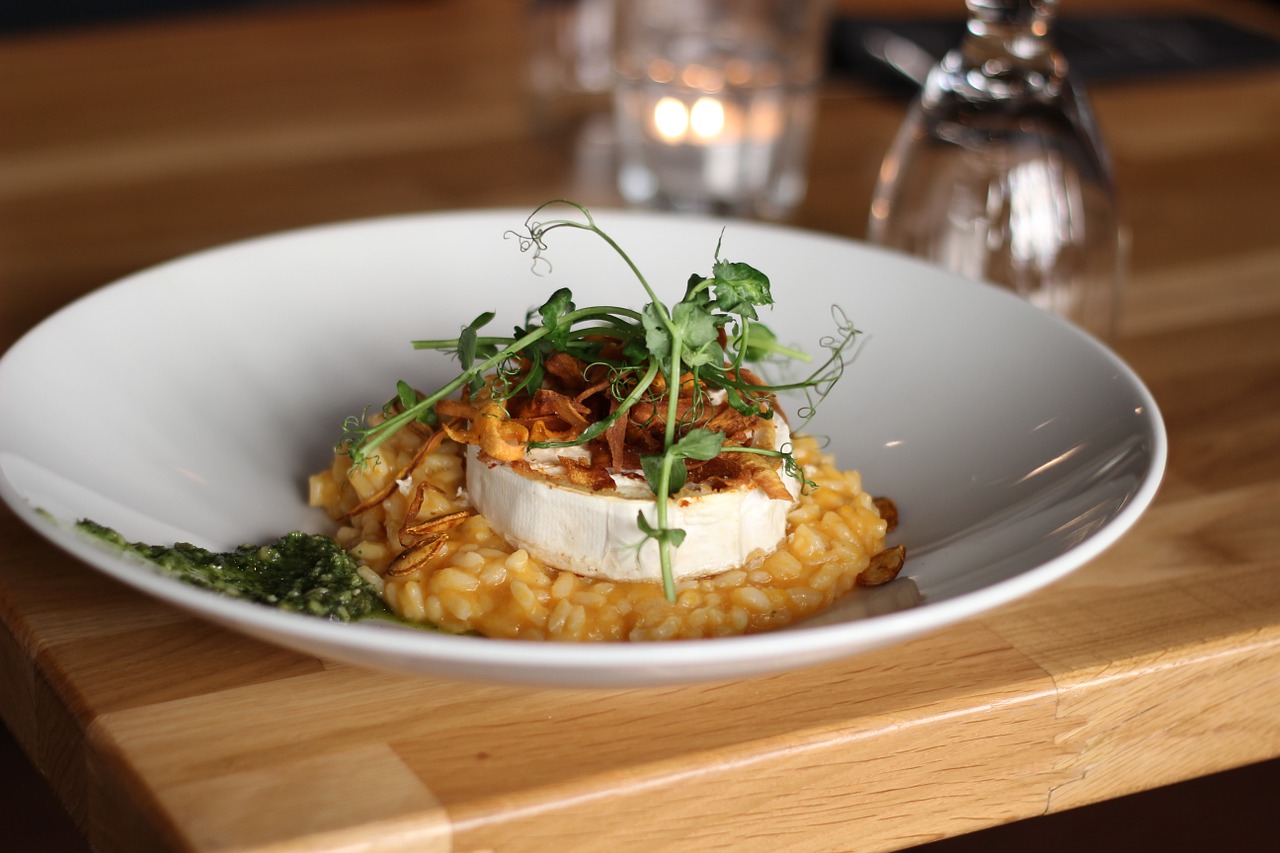 I’ll try to be brief and cut my hands to avoid writing an essay on my delicious Italian cuisine. I am actually writing another post about it and it’s almost “al dente” -meaning “ready”- (just like the Spaghetti), so stay tuned!

What can I say about my beloved Risotto All’Italiana? When racking your brains for popular Italian dishes, a plate of Risotto is surely one of them! Today, you’ll find it all over the world (should I cry or be happy about it?), so why is it on this list? Well, risotto in Italy comes in flavor combinations you’ll struggle to find anywhere else in the world.

Yep, I tried it everywhere but I’ve NEVER found a risotto as good as the one we have in Italy. Sorry guys, suck it up, like Madonna once said (well, sort of):

ITALIAN MAMAS & NONNAS DO IT BETTER!

Who am I to contradict Madonna after all?! 😉

More than just mushroom risotto, you’ll find fascinating combinations like coffee and parmesan, asparagus and goats cheese, butter lobster and so much more. This versatile dish was born in Italy and, for the best of the best, you have to go back to its native lands. NO ARGUING HERE, THIS IS MY FINAL SENTENCE!

My ratings for Italian Risotto: I’m laughing while writing this, I let you guess what score would I give it 😀  But since I’m Italian I can rate different types of risotto for you! 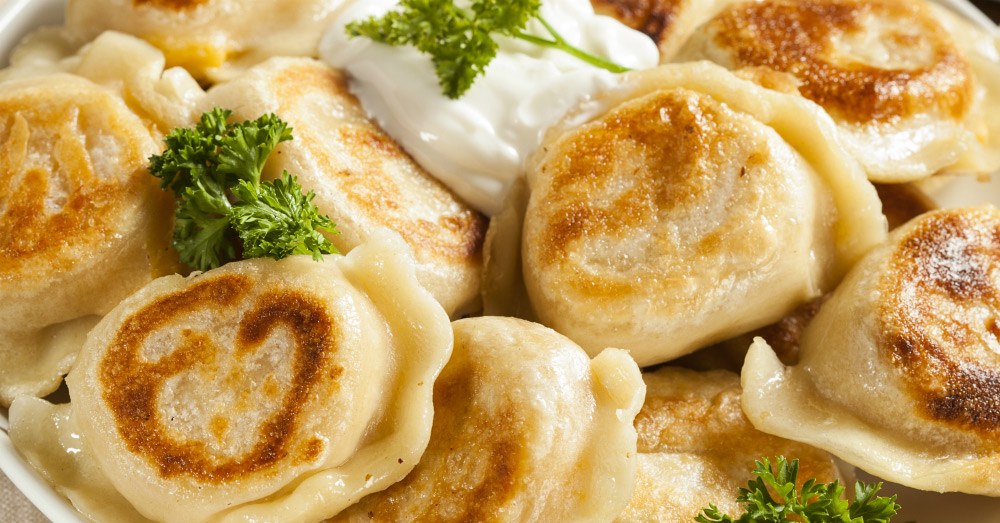 Something of an Eastern-European staple, Pierogi haven’t gained the worldwide recognition they deserve, but I’d like to change that. When I visited Poland in 2015, I was strolling around the streets of Warsaw, looking for a place to eat some local food, and I had friends texting me non stop,  to make sure I ordered the famous Pierogi!

Seriously, I had at least 3 friends texting me after I sent a screenshot of the menu, asking which type of Pierogi I should try. I ended up trying them all 🙂

These hearty dumplings are typically filled with a combination of potatoes, meat, cheese and sauerkraut, topped with either butter, sour cream or fried bacon and onions, they’re a totally indulgent and delicious treat that simply has to be sampled while you’re in beautiful, historic Poland.

My ratings for the Pierogi: I was truly impressed with this tasty dish, so I’d give them a score of 8.5 (In this case, a fond apology goes to my beloved Sardinian Seadas!)

England takes something of a battering (no pun intended) for its own cuisine, but that’s not exactly fair (well not 100% at least). I lived in England for 6 long years and, although traditional English cooking is lacking in depth and subtlety at occasions, it never lacks for flavor, with a huge emphasis placed on the natural flavors of meat and vegetables.

If you happen to be in the UK on a Sunday, be sure to head down to a local pub and try the Sunday lunch. It’s a national classic and includes a meat of your choice.

Lamb comes highly recommended which is paired with Yorkshire puddings, freshly boiled and roasted vegetables and gravy. It’s homely, comforting and delicious, for those who like meat.

My ratings for England’s Sunday Lunch: Tricky one! Since I don’t eat lamb, I always asked for a “modified” more vegetarian option. I’m not a vegetarian but I can’t stand the taste of lamb, sorry!

That said, the “vegetarian option” was pretty good and I’d give it a score of 7, which should grant me a standing ovation by the English people, for my willingness to, at least, try their cuisine! 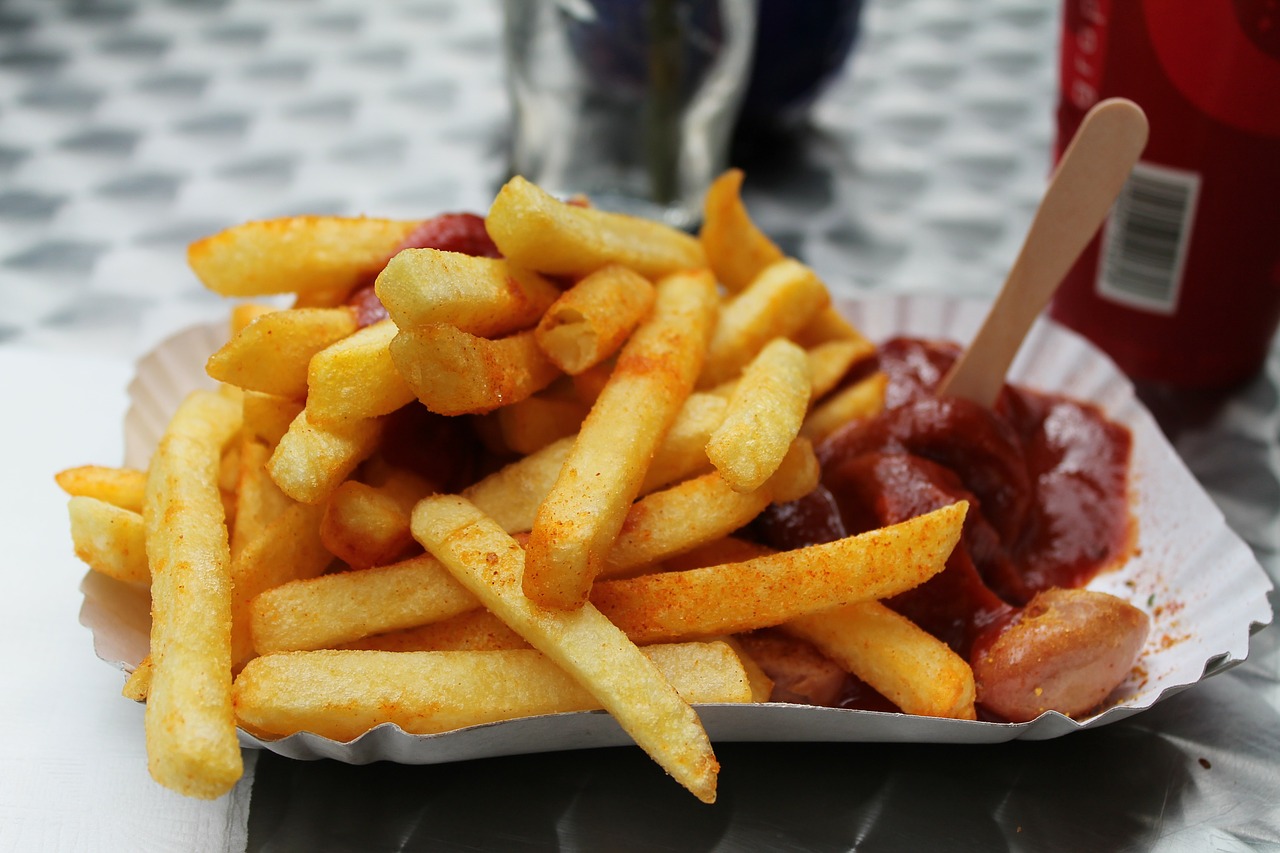 Disclaimer: I’m allergic (I mean “hospital-I’m dying” allergic) to spicy food, so I’m including this dish because some of my friends mentioned it, claiming that it should be in this list:

Currywurst is one of those ‘don’t knock it until you’ve tried it’ staples and, unlike many of the other foods on this list, it’s a fast-food icon – available in cities across Germany.

First, a delicious German bratwurst (pork sausage) is steamed and then fried, before being sliced into chunks and served with chips and lashings of a spiced ‘curry’ ketchup, with a sprinkling of curry powder to finish.

It might not sound like the meal of your dreams but believe my friends when they say that leaving Germany without having sampled this delight is a huge mistake.

My ratings for Currywurst: Given that I’m allergic to spicy food, I can only speak from my friend’s experience with this dish, they suggested an average score of  6.5 / 7, I leave to you the final sentence in the comments if you have tried it. 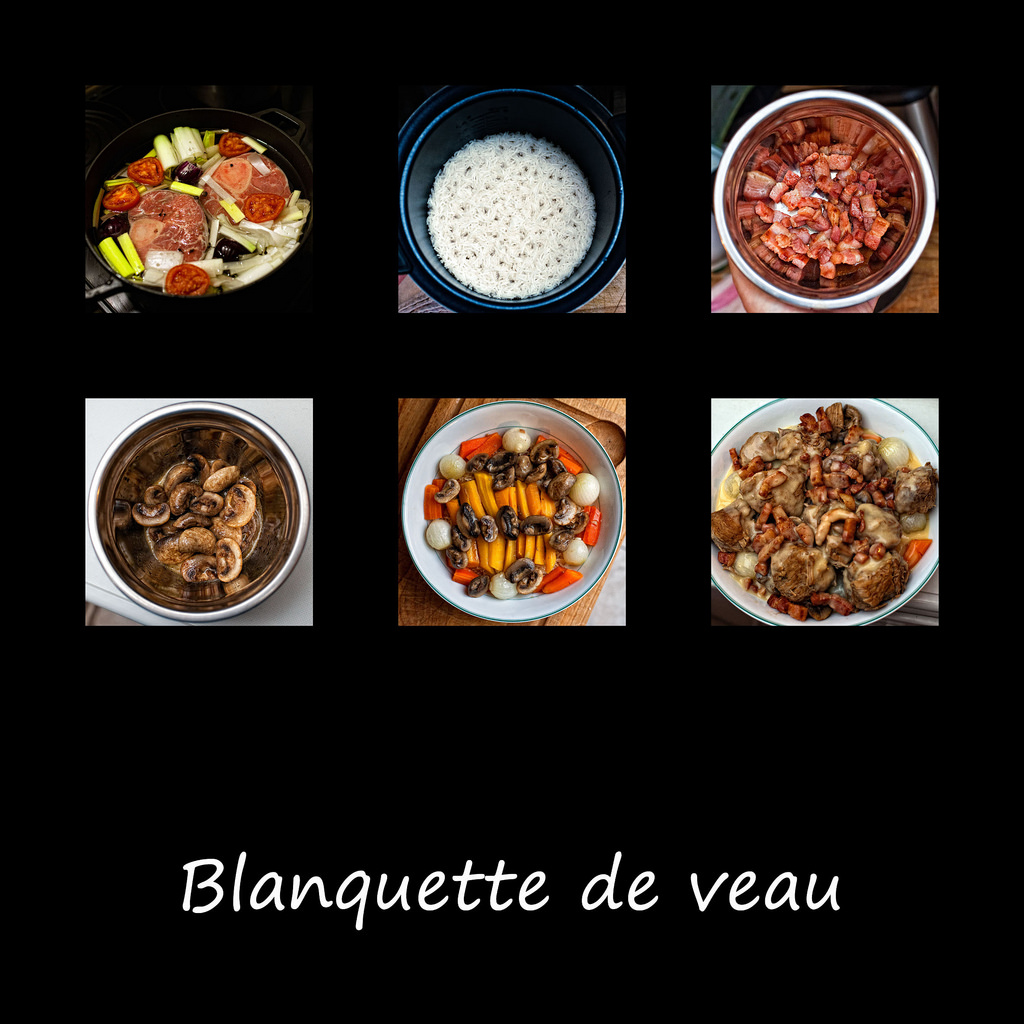 France has contributed massively to the world of dining, but while coq au vin and French onion soup have traveled the world, some meals remain distinctly and uniquely French.

One such dish is blanquette de veau, a French veal ragout (stew) which differentiates itself by not browning the meat and fat, this achieving a white stew which boasts incredible richness and tenderness.

You’ll find blanquettes throughout France in a number of guises, but the veal-based blanquette de veau is not one to be missed should you chance upon it on a menu.

My ratings for Blanquette De Veau: I tried it, courtesy of a French Gentleman who invited me out for dinner when I first visited Paris. I’m not crazy about meat mixed with other ingredients, so my ratings for this dish is not very reliable, but everyone in France speaks very highly of it. I’d rate it a 6.

Ok, ok that was a bit harsh of me, so to balance things out, I’ll give the French Baguette a 10, and now we can all live in peace, shall we? 😉 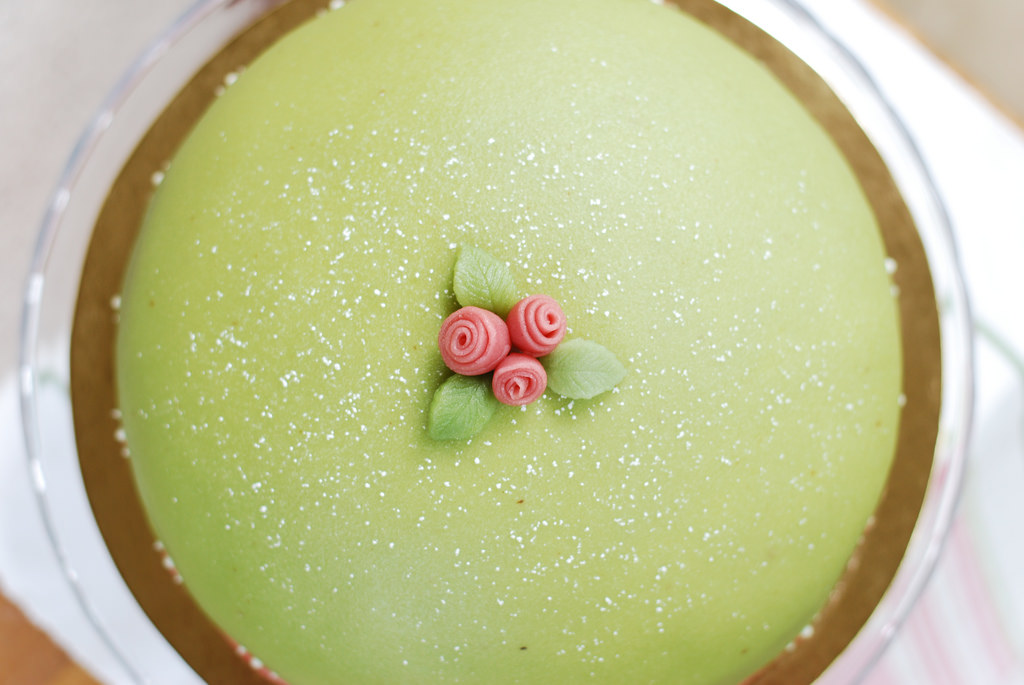 Sweden’s cuisine is based heavily on fish (yummy thumbs up I love it!), but it’s something sweet that I can’t get off my mind from my last visit.

Prinsesstårta, or princess cake, is a simple, yet delicious cake that combines a traditional sponge cake base, jam, almond paste and a huge layer of whipped cream (you should know that I eat massive amounts of whipped cream, I can’t stop myself).

To top it off, a green marzipan dome is rested on top of the cake. Coupled with a view out over Sweden’s irresistible countryside and (if you can drink it) a piping hot cup of strong coffee and you’ve got an indulgent treat which won’t leave you letting out another notch on the belt.

My ratings for Prinsesstårta: No doubts or culinary exceptions here, I’d rate it a 9. Why not a 10?… Well, I can only give a 10 to my beloved Tiramisu’ and Cannoli Siciliani. I know, I’m terribly biased, but can you TRULY blame me?

All these and more are waiting for you in Europe, so get stuck in a travel right – by visiting the delectable cuisines of each country. Do you have some more delicious European food that is not n this list? Leave a Comment below!

SAVE IT FOR LATER… PIN IT! 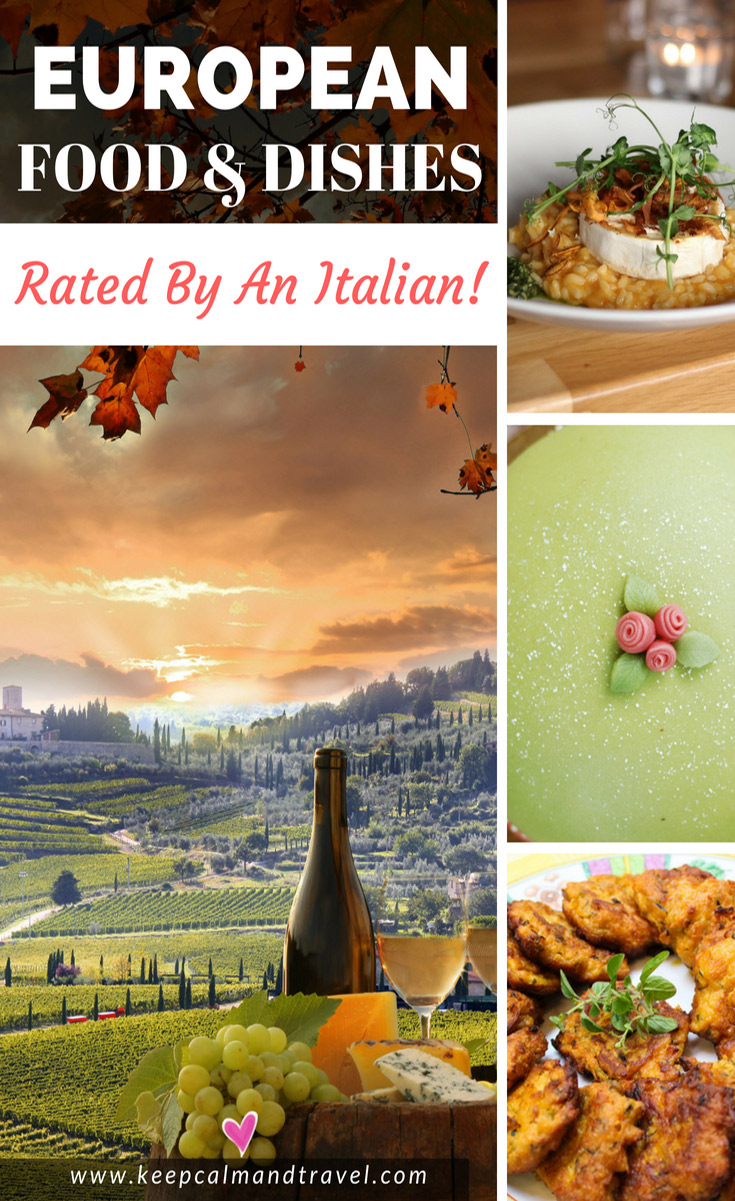 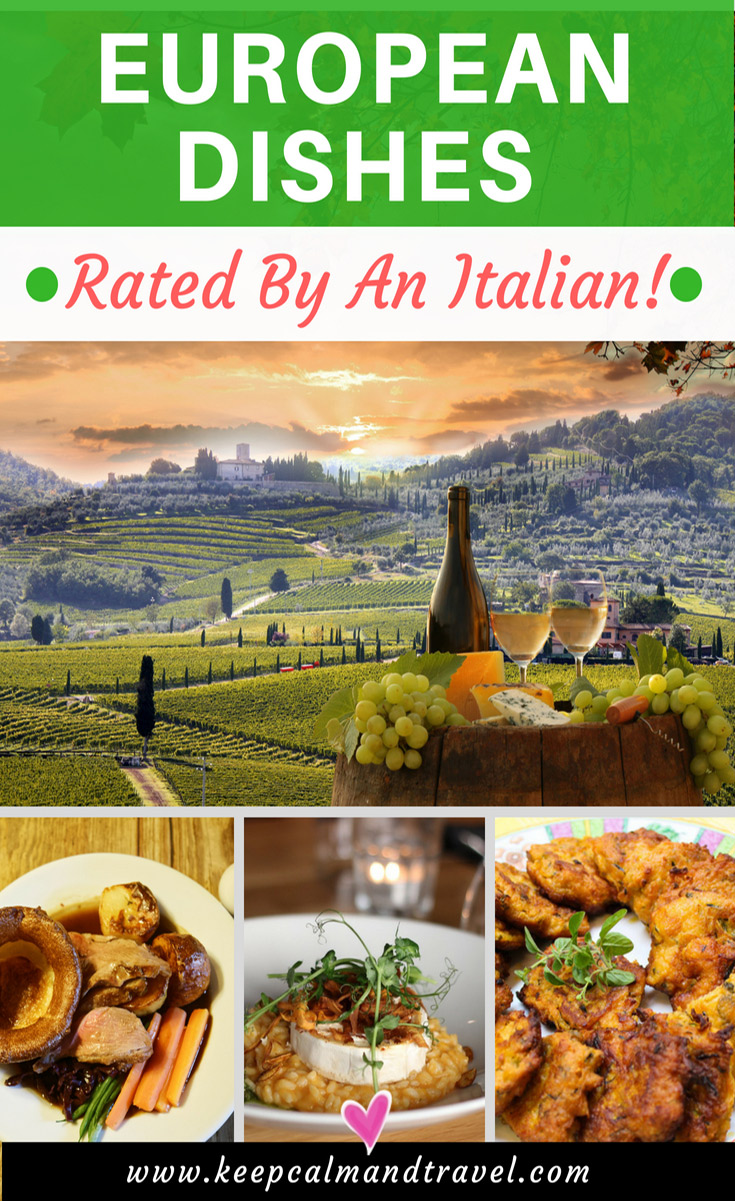