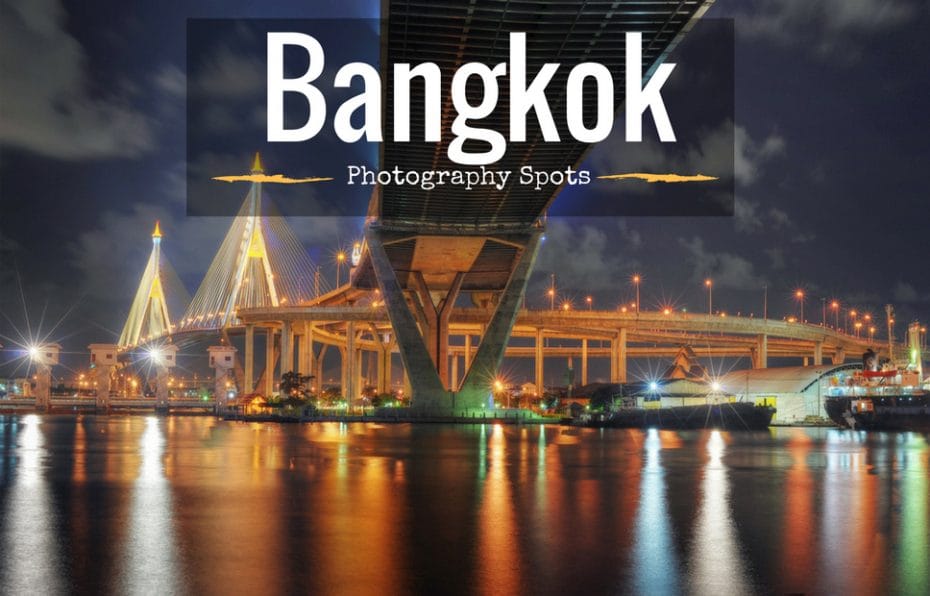 Bangkok is a gem if you love Photography!

And being my first stop in Asia, my camera was on fire!! 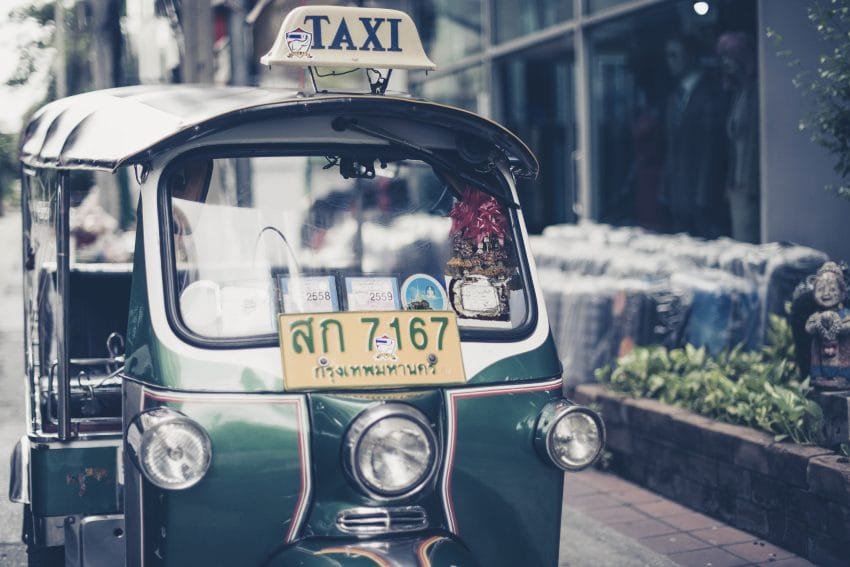 Bangkok’s wealth of photo-friendly locations can be overwhelming to visitors, but with a little bit of planning, it’s easy to put yourself in situations where you’ll be able to capture the best shots while also getting the most out of sightseeing. 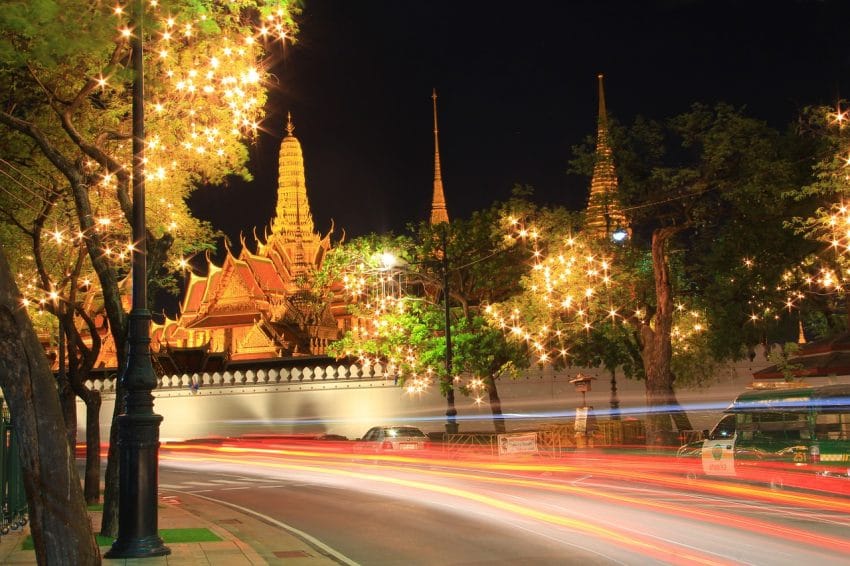 Wat Pho holds a special place in my heart as it was the first Thai visit to a temple!

No list of Bangkok’s most photogenic spots would be complete without at least a cursory mention of the gilded Buddhist temples that flank its shores. One of the oldest and largest of these complexes, or wats (temples), is Wat Pho, which was built in the 16th century and features a chapel housing one of the largest single images of Buddha in Thailand.

The 46-metre figure is an incredible piece within an already overwhelming collection of golden and stone statues both inside and around the perimeter of the complex, and is not to be missed.

The Reclining Buddha, as it’s known, is impressive not only for its size but also for the delicately inlaid mother-of-pearl mosaics on its feet, which give you a good excuse to break out that zoom for some close-ups in between wide-angle shots of the architecture. 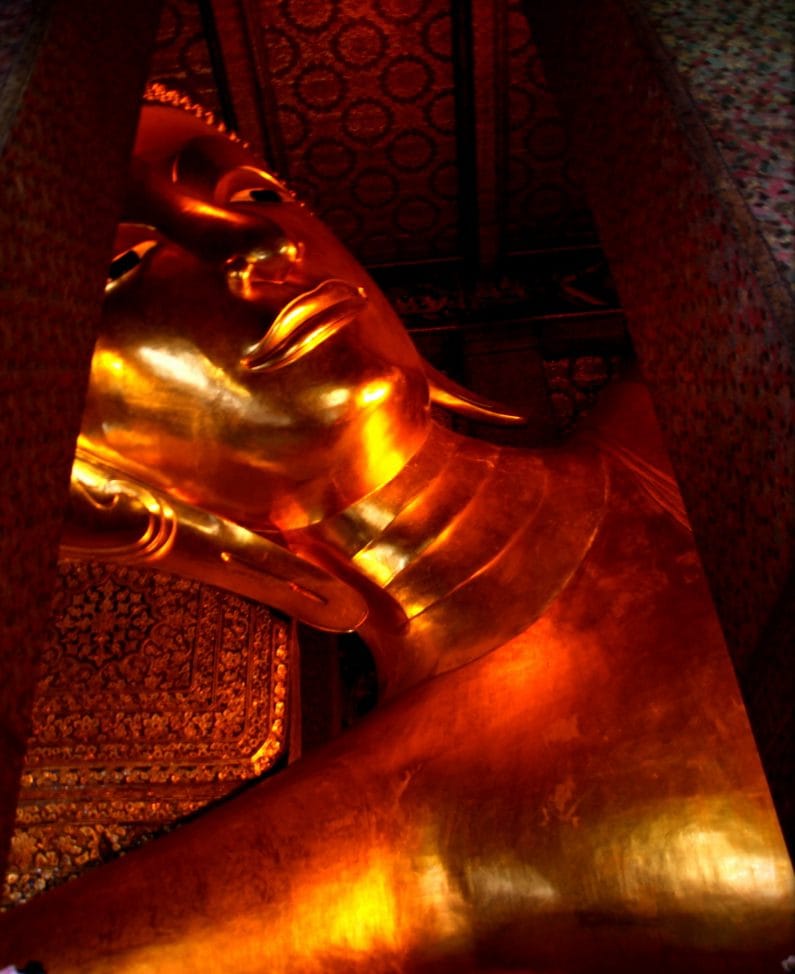 In general, the grounds are a fantastic place to play around with composition, with the monks’ robes inviting even the most die-hard of black and white photographers to try and take on the challenge of balancing such bright orange against Wat Pho’s delicate and symmetrical masonry.

Those looking to capture the deep ochre of a Bangkok sunset should take the opportunity to bring a small tripod for when the temple’s spires are lit a bright orange against the darkening sky.

Consider stopping by the Grand Palace while you’re in the area for some more gold-filled shots. Be sure to research the local area so you’re confident in the best way to get around. This guide to Bangkok is a great starting point for gathering useful information. 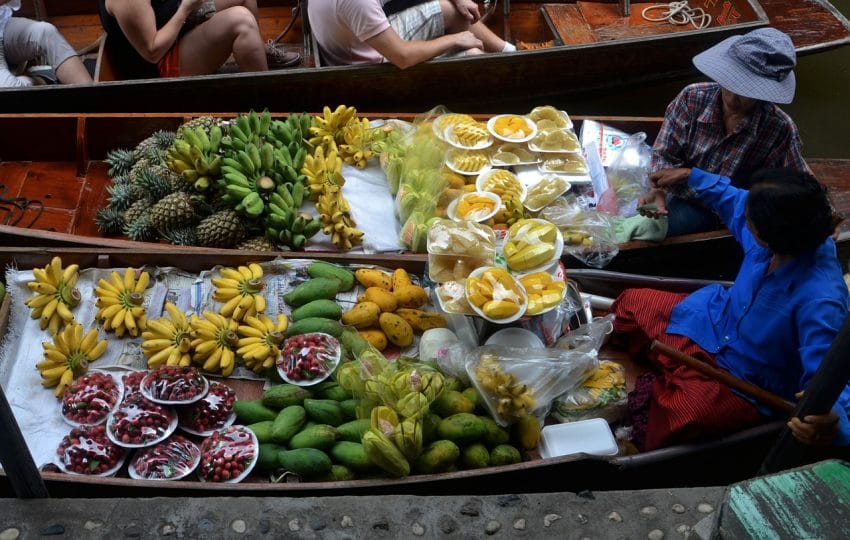 Many people think of Thai marketplaces as being full of long boats cascading down waterways, but the best chance you’ll get to see one of these in today’s Bangkok is about a two hours drive west of the city at the Damnern Saduak floating market. Locals note that the markets get crowded with tourists and suggest that people interested in photographing the scene clearly get there early, before the 9:30 AM buses from Bangkok arrive.

If you want a chance to capture a market within the city, opt instead for the Pak Khlong Talat, also known as the  flower market, a treat for photographers with an eye for finding patterns in petals. These markets are geared largely towards locals, and you’ll be able to skip the glut of tourists you’d run into at Damnern Saduak. 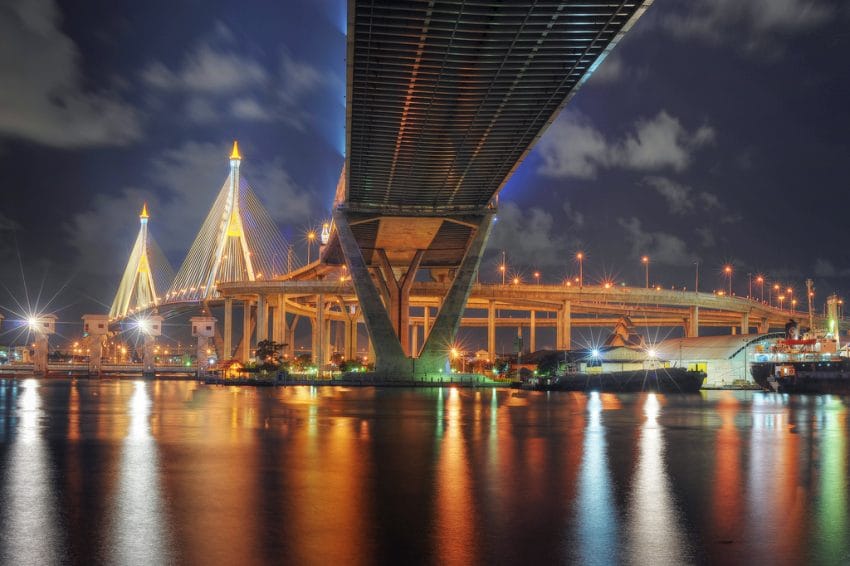 Those looking to capture Bangkok’s curious mixture of traditional architecture and modern infrastructure should make a point of heading to the Bhumibol Bridge, a cable-stayed structure that has rightly earned it the nickname Mega Bridge. Soaring over the banks of the Chao Phraya River, the bridge offers a stunning modern background for photographs of the nearby old museum at Suk Kaphap Lat Pho Park.

But for those who want to focus on the bridge itself, views are stunning from the Rama III road side of the structure, which presents a great opportunity for panoramic shots of the bridge and the two golden pylons that hold it up.

There is an unnamed park on that side that offers views of the road’s underbelly and provides a perfect evening vantage point from which you can capture the Chao Phraya’s shimmering reflection of the lit-up outskirts of Bangkok.

History buffs can take the opportunity to visit the two forts that remain from the Franco-Siamese War as well as the fortifications’ associated pagoda, Phra Samut Chedi, which offers an illuminated nighttime display that rivals that of any skyscraper. 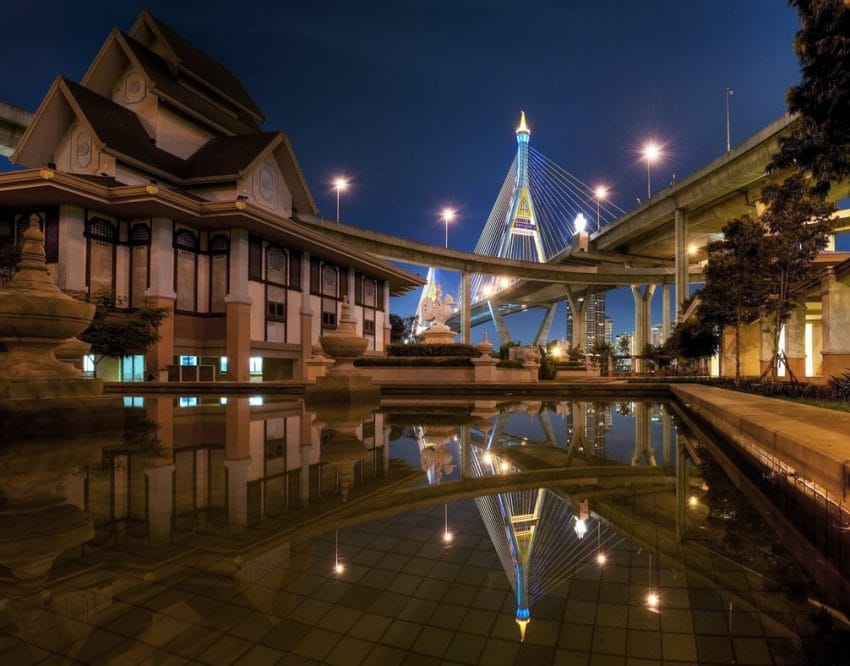 Fans of street photography (and the movie Blade Runner) won’t want to miss the opportunity to capture nightfall on Yaowarat Road in Bangkok’s Chinatown.

The bustling road’s glimmering red signs are stunning enough in their own right but the neighbourhood also harbours secrets on its side streets, where you can find views of historical buildings that have survived from the early years of Bangkok. The old main street, Sampaeng Lane, has been transformed into an inexpensive pedestrian market and offers a car-free peek into the neighbourhood’s crowded commerce.

The area is generally a good chance to explore on foot, and if you can pull yourself away from the street-side food you’ll find opportunities to look into a number of Chinese temples, including the surprisingly accessible Li Thi Miew Temple.

If your aim is to get an aerial photo of the street, there is a parking garage in front of the Gate of Yaowarat (Odeon Parking) that offers an incredible vantage point from its elevator-accessible top floor – just note that it fills up fast with photographers around sunset. 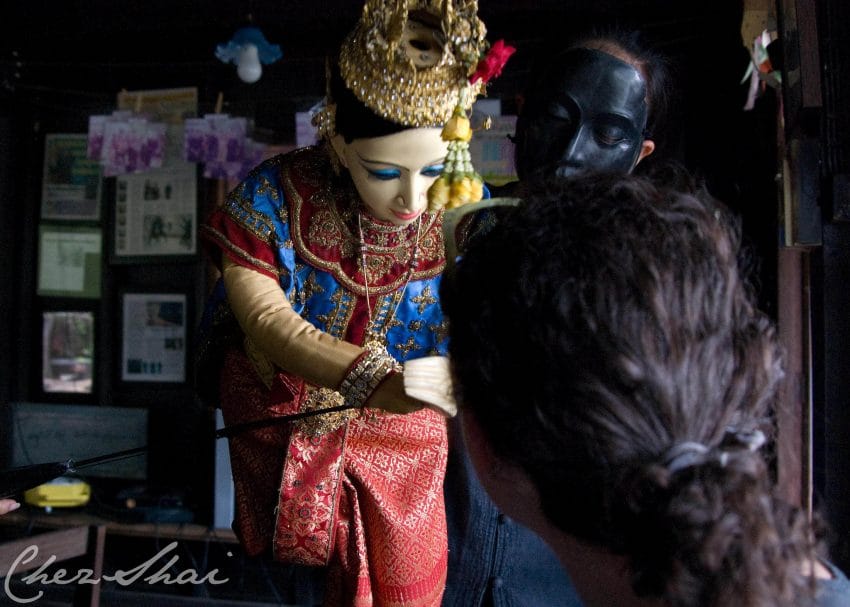 Certainly more off the beaten path than Chinatown, Baan Silapin, or The Artist’s House, is a chance to take an intimate look at real Thai culture in a restored traditional house on the banks of a small canal in Bangkok’s Thonburi district.

The small compound, which has a garden with a 600-year-old relic-containing chedi, also has on display a number of traditional art pieces, most notably colourful Thai puppets that just beg for the use of a macro lens to showcase the detail of their craftsmanship.

If you’re lucky you can catch the puppets in action in a rare traditional Thai puppet show put on by masked performers at the house every day (other than Wednesday) at 14:00. The performance is an incredible photo opportunity in its own right, and it’s worth planning to be there to see it.

Bangkok truly is a photographer’s playground. Now that you’ve had a taste of the visual delights on offer it’s time to start planning your trip but don’t forget to pack your camera!